Johnathan Kozol has been recognized for years as one of the most influential educators of North America. Now the most highly honored educator in the world, the winner of the million dollar Global Teacher prize, Nancie Atwell, joins Kozol in exposing the Basic flaws in the Common Core standards.

In this Education Week article Nancie Atwell points out that the Common Core and the hyper-accountability, hyper-testing climate in public education today may be contributing to the exodus of top talent from the teaching profession. It is ironic that proponents of these so called education reforms had claimed that these efforts along with VAM based teacher evaluations and merit pay would elevate the teaching profession and attract the best talent to the teaching profession. Atwell is recommending that the most talented young people shy away from public school teaching at this time because of the repressive "straight jacket" restraints now being placed on teachers by Common Core and the related testing.

Here is the result of a poll of Education Week readers concerning recommending teaching as a profession to young people today. Many of the readers of Education Week are knowledgeable about education issues. This is definitely not an endorsement of the direction of education reform in our country.

Would you recommend teaching as a professionto young people today? 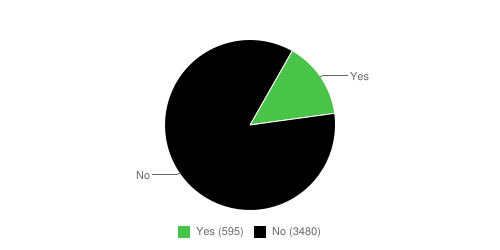 "Our children, our families, our neighborhoods, our public schools, and our democracy itself have become pawns in a vast and inter-connected scheme to undermine public institutions for private profit. The vehicle for this travesty in the arena of education is the Common Core State (sic) (Stealth) Standards and their accompanying high-stakes standardized testing—PARCC or SBAC. This incessant testing, orchestrated to be taken on computers, intensifies the myth that 21st century teaching depends on the innovation of software programs that “personalize” education for each child. Nothing could be further from the truth. The entrenched belief that accounting/accountability, i.e. data collection, is the answer to lagging scores on standardized tests as compared to other nations is a travesty."

Kozol also points out that a fatal flaw in the Common Core was the selection of the writers of the Core from a select group of testing and academic elitists who have no understanding of early childhood education or the realities of K-12 education.

"Consider the stealthy way the drafters of the Common Core State (sic) Standards were selected. Why were primarily representatives from the college testing industry included (SAT and ACT), when k-12 classroom teachers, specialists in early childhood education, teachers of special needs students, and authorities on students learning English as a second language were excluded? These standards and accompanying curricula have been developed with blinders on. They reflect a narrow, technocratic vision of teaching and learning, which is at odds with decades of authentic research into children’s cognitive development, first and second language development, and literacy development. They ignore all aspects of education that promote healthy psychosocial development, and even physical health. They ignore or downplay the significance of the humanities—history, literature, drama, music, art, dance, philosophy—all of the attributes that contribute to a humane society."

Here in Louisiana, we have attempted through legislation to protect the privacy of our student information. Kosol however explains that as long as our K-12 curriculum is based in some way to the Common Core standards, the testing companies and the education privatization industry dominated by the likes of Pearson and the Rupert Murdock conglomerate will be monitoring every keystroke by our students who are forced to used their pre-packaged programs to prepare our students for the obsessive testing tied to the Core.


"Why has a monolithic curriculum in English Language Arts and Math been created to align with these ill-begotten standards, to then be aligned with the incessant testing that accompanies them? Why have state departments of education been essentially bribed by Race to the Top money and then waivers to the failed NCLB law to swallow these poorly constructed standards, curricula, and tests? Who will benefit from the massive amounts of personal student data being collected not only from the testing process, but from every keystroke of every student on every Chrome book stocked with every poor quality but snazzy program, adjusted by algorithm to the individual student’s responses?
These are questions that are serious in the extreme. They must be confronted by all segments of our society. Instead, school administrators and teachers are asked to sign security agreements that hearken back to the McCarthy era under the guise of test security and “fairness.” Teachers, under pain of losing their jobs and even their teaching licenses, are being intimidated into not expressing their concerns about the inappropriateness of the Common Core to the parents of the children in their classrooms. This is unacceptable and must be challenged."
I could not have said it better than Kozol and Atwell.
Posted by Michael Deshotels

I am always so amazed at people nationally who think educators in the South can speak out against all the educational mess around here! It is easy to get rid of bad and good teachers here in Louisiana. If good teachers speak up about anything, they find themselves teaching another grade or being observed everyday or moving rooms to a closet and then the week before school starts moving back where they started etc..... this blog is one of the few ways I know what is going on and can voice my concerns without suddenly finding myself being harassed in an attempt to get me to quit. I just wonder....where are all the other readers? It would be great to have some real conversations. Even anonymously is better than silence and we could share information and ask questions.

Very interesting story. I didn't find it boring to read. In fact, I really had a lot of fun reading your post. Thanks.

I really love your blog there's a lot to share. Keep it up.Visit my site too.

I really enjoyed reading your article. I found this as an informative and interesting post, so i think it is very useful and knowledgeable. I would like to thank you for the effort you have made in writing this article.

The possible instances and guides would bring around all those objects which students and other regarded must needed to occupy and would surely proved to be much better.