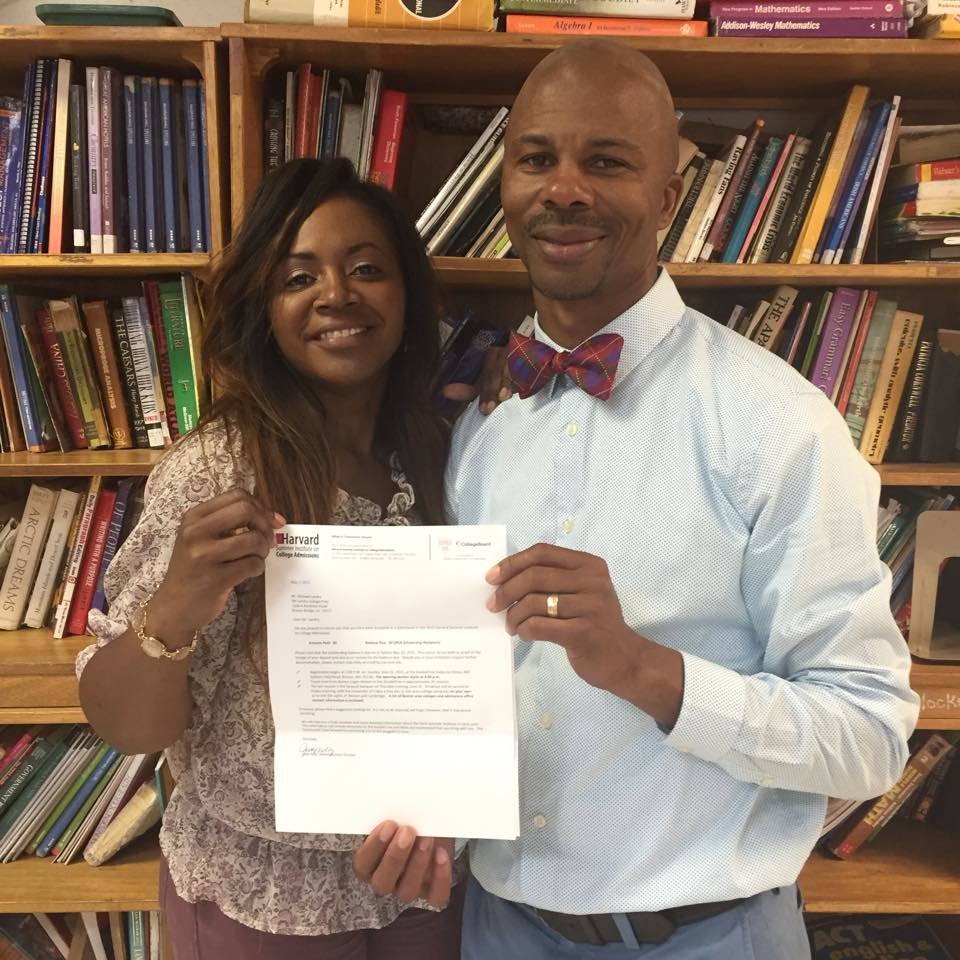 Why did it take the New York Times to send a team of reporters to Louisiana to expose this fraud of a school? Where were the reporters of the Lafayette Advertiser and The Advocate while innocent children were being preyed upon and their parents conned into paying huge monthly tuitions to a "school" where their children were being beaten, humiliated, and taught to lie on their resume's so they could end up flunking out of elite colleges? The Times report exposes T.M. Landry near Breaux Bridge as just another fake "miracle school".

Its easy to promote miracle schools because we want to believe.
Why were so many so called "important people" taken in by these con artists? Why were TV personalities like those on the "Today Show and "Ellen" taken in by this scam that conned their viewers into making contributions to these crooks?

The so called education reforms where standardized test scores and graduation rates and "credit recovery" and "high performing" and "failing" schools have taken the place of real education have set the stage for a deluge of phony miracle schools.

Why are our public schools being forced to allocate a part of our public school budgets to buy television and radio ads in an attempt to prevent the bleeding of school funds to these fake schools?

Our politicians are on the take from education con artists
Our legislature and the federal congress has opened the floodgates allowing our public tax dollars to flow to con artists who are getting rich by faking school test results and graduation rates and college admissions rates, just to get our school tax dollars. The politicians are handing over our tax dollars to various non-educator con-persons because they themselves are "on the take" by receiving political contributions and various favors from these crooks who claim to be running miracle schools that can make all students into elite college goers.

Taxpayers wake up! We have a system for insuring that our school tax dollars are used to educate our children. We elect local school board members every 4 years who can be replaced if they don't spend our tax dollars wisely. Its not perfect, but its much better than allowing charter school operators who appoint their own boards so that they can pay themselves exorbitant salaries while hiring the cheapest teachers who often are not properly certified. But our politicians who are on the take to these charlatans have passed laws that make it easy for these privatizers to just hijack education funds from our local school boards.

Campbell's law tells us that if a school appears too good to be true, it probably is.
There is an important concept that applies to the ratings of public institutions such as public schools. Its called Campbell's law. This principle first articulated by social psychologist Dr Donald Campbell, tells us this: When a particular statistical/social measure is used to measure progress in any enterprise that carries with it high stakes, rewards, and punishments, that statistical measure is sure to be corrupted and/or misreported to the point that it becomes useless as a measure of success. If you make the graduation rate the measure of success of a school and you make the future of school administrators dependent on that graduation rate you will soon see a dramatic improvement in the graduation rate, mostly accomplished by handing out worthless diplomas. If you make high standardized test scores the criteria for keeping a takeover charter school open, you will get higher standardized test scores by hook or crook.

The education of children is a complex, difficult, but intrinsically rewarding job that has been done very well for many years in our country by dedicated professional educators. That job has changed and gotten more difficult in the last 50 years when our country set a goal of educating all children including those with disabilities and attempting to close the achievement gap between rich and poor, and white and brown students. That's when the myths about "good"schools and "bad" schools started proliferating and causing the diversion of our school tax dollars to privatization efforts by many non-educators who saw an opportunity for big profits. One of the most damaging myths is that anyone should be allowed to run a school even if they have no education credentials, as long as they can produce high student test scores. We have all been taken in by con-men who used these myths about eduction to extract our tax dollars. This is what creates this new rash of phony "miracle schools".

The con-man phenomenon is being modeled at the top.
It seems that we are living in a time of unbridled con-men and schemes to fleece the public that goes all the way to the top office in our government! Remember: If it looks too good to be true, it probably is; if the politician is promising to "make our country great again" while playing on peoples' prejudice and fears he is probably just a con-man. He probably needs to be locked up.
2 comments: Posted by Michael Deshotels