Help Break the Grip of Special Interest Lobbyists Over BESE!

Should we continue to allow special interest lobbyists to rule over K-12 education, when the evidence proves they have failed? 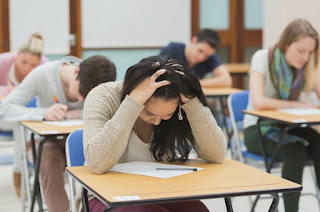 How is it that we, the citizens of Louisiana, have allowed a non-educator, big business lobbying group to almost totally control our public education system? The answer is big $. For the past two terms, the Louisiana Association of business and Industry and their donors from both Republican and Democratic PACs  have dominated the elections for our board of Elementary and Secondary with huge campaign contributions supplemented by out-of-state mega-donors. As a result, LABI has dictated the operation of our K-12 public schools and diverted our tax dollars to charter and private schools.

Both Republican and Democratic legislators and most BESE members have supported the LABI reforms
LABI, which usually clashes with the Democratic party, has found a major ally in the group called Democrats for Education Reform (DFER). DFER uses a PAC called Education Reform Now Advocacy Inc. to make contributions to BESE candidates. I just received an expensive brochure in the mail for the LABI endorsed candidate in the 8th BESE district paid for by Education Reform Now Advocacy Inc. Voters all over the state will soon be receiving similar advertisements for candidates who claim to be for teacher pay raises and seemingly support public education. But the real agenda of these LABI endorsed candidates is more testing, more test prep, more privatization of our schools, and more Common Core insanity. These tactics have already done major damage to public education in Louisiana. We certainly do not need to double down on failed programs. So beware of wolves in sheep's clothing!

I do want to emphasize however, that many legislators who have a background in education strongly oppose the LABI and DRER reforms.

LABI helped to pass major legislation during the Jindal administration that stripped teachers of tenure and seniority benefits and provided for unlimited expansion of poorly regulated charter and voucher schools. These so called "reforms" were supposed to greatly improve the performance of our school children in basic skills. The exact opposite has happened.

LABI has no expertise in education. Their main claim to fame is that this big business lobby succeeded in passing the anti-labor, Right to Work law, and engineered huge tax exemptions for some of the wealthiest corporations in the world. Now LABI, with the help of their hand picked non-educator superintendent, John White, has been running roughshod over our K-12 education systems for over 8 years. One of the main sources of their power over education is the majority of BESE members endorsed and elected by LABI. The current members of BESE have approved 100% of the reforms pushed by LABI. BESE has installed a new set of standards (The Common Core Standards) for our students and a school rating system that judges teachers and schools using mostly student test scores. This has resulted in our teachers being forced to abandon effective teaching methods so they could spend most of their time rehearsing students for the state standardized tests.

So after 8 years of control of BESE and the appointment of John White as State Superintendent,
LABI education reforms have resulted in the lowest comparative ratings ever for our schools 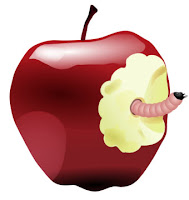 Today LABI , on their web site  brags about their accomplishments in school reform with this summary:
“ For years, Louisiana has shown commitment and dedicated resources to education reform and results in improved student achievement are being realized. Graduation rates are improving, along with ACT scores, and the achievement gap continues to lessen. There are more opportunities for school choice than most other states in the nation".

These claims in the above LABI statement are almost totally false except for the part about school choice. The national (NAEP) test reveals that Louisiana has dropped to its lowest ranking ever among the states in student achievement in reading and math. The only reason the graduation rate has improved is because John White has lowered standards for graduation to ridiculously low levels. (See the post below) The ACT average scores were lower this year, and have been stagnating for the last 4 years. But the most atrocious untruth on the LABI website is that "the achievement gap continues to lessen". Instead, the latest NAEP report indicates that Louisiana is one of the four states out of 50 where the achievement gap between white and  minority students has increased. Even Louisiana's latest 2019 LEAP results reveal that the achievement gap between high poverty and non-high poverty students has increased on every single test given. The only thing that is correct in the LABI statement is that Louisiana is providing more opportunities for school choice. But unfortunately, (based on objective data) school choice has resulted in lower performance for the majority of students who have participated.

The real results of the LABI takeover of BESE is lower, not higher student performance and a major demoralization of the teaching profession because of unteachable standards, a badly designed and punitive teacher evaluation system, poor support on discipline, and the pressure to do almost nothing but test prep. Its no wonder we are experiencing a growing teacher shortage and that teachers no longer urge their own children to follow their footsteps into the profession.

My best recommendation for breaking the grip LABI has over K-12 education is for educators and other supporters of our public schools to use social media and every other means to inform the general public of the candidates for BESE that can make positive changes to our educational system. Please share my voter guide to BESE elections on Facebook and Twitter, and ask your friends and family to elect good alternatives to the LABI controlled candidates!

No comments: Posted by Michael Deshotels